SFP Everything You Need to Know

There are certain vital parts or equipment that play critical roles in making the networks efficient and robust.

SFP (Small form factor pluggable) is one such device which is used in both types of communications.

It is a compact, hot pluggable transceiver that interfaces a network devices mother board to a fiber optic network cable.

SFP is the most popular equipment in telecommunication and data communications industries and it is being jointly produced, developed and supported by almost all major manufacturers across the globe.

Their affordability in terms or pricing and multiple advantages have made SFPs to become hot favorites with end-users.

Their versatility to support various networks like Gigabit Ethernet, Fiber channel, SONET etc. also made them a globally accepted product.

There are many types of SFP available in the market. Each type supports the users to provide optical reach on optical fiber type which is available.

Both Multimode and Singlemode fiber optics networks can be connected through these SFPs.

SFPs are categorized based on the distance that they can cover, speed at which they work, wavelength that they support.

Broadly speaking, the following are some of the categories that we can generally get in the marketplace today;

SX – Used to cover distances of up to 500 meters, 850nm of wavelength and speed at 1.25Gbits/s for Gigabit Ethernet. Whereas for fiber channel network, SX is designed with parameters like 150 meters distance coverage and speed at 4.25 Gbits/s.

All these SFPs come with varied wavelengths and with compatibility with Singlemode and Multimode networks.

Following are the details:

- Black pull ring is for Multimode with wavelength of 850nm;

- Blue module is for the 1310nm wavelength

- Purple color module is for the 1490nm wavelength.

- Yellow module is meant for 1550nm wavelength; and so on.

The extensive R&D in the field of SFPs has led to the introduction of SFP+ which is the enhanced version of the standard device currently available in the market.

These are distinguished from the rest with their unique capacity of leaving more circuitry for implementation on the host board instead of within the module.

SFP+ can be designed with sfp compatibility by making it to accept a standard SFP module.

SFPs are of low cost and versatile.

When compared to their previous version called GBIC (Gigabit Interface Converter), SFP port density is much greater which means more transceivers can be connected over the edge of a mother-board. 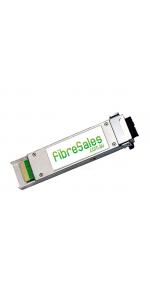